The War with the Fnools PT 2

Thank you for joining me for the 2nd part of this bi-blog special. Part one is underneath this post.

Funnily enough, I am writing this part not long after Robert West's data appeared and the media went into meltdown. Most notably The Guardian. If you haven't already, read it now. That is not a request!

We already have an idea of what The Chief Medical Officer, Special Scientific Advisor to the Governement, Dame Sally Davies, thinks of vaping thanks to this article in the New Scientist. However, I was not prepared for what I had to endure for her presentation.

She is still having some aversion issues with using the word Vaping. It upsets her that word. So does 'vaping lounges' apparently. Sorry about that Sally (I'm not, 'grow up' springs to mind!). Her entire sermon seemed based on her power and influence which she was at pains to remind us about...over and over...

As CMO she 'is protecting the population',

She has 'written to all ministers as Senior Medical Advisor' (She verbally underlined that),

She is 'worried, and I tell you this as the head of this profession'.

There were a few more of these, but frankly I got bored of writing down her attempts to continually remind everyone that she is their Boss, that there is None Higher and because she is worried, we should all be worried. Cos she told us to be.

A few other telling nuggets were;

'Horrified' that ecig packets could be emptied out and tobacco cigarettes could be put in.

Normalisation and Glamourisation were proved conclusively by her daughter (of undisclosed age) 'dragging' her to an e-cig display to show her 'how beautiful they were'. STOP PRESS! In light of this new evidence, I feel the only appropriate thing to do would be to redesign all e-cigarettes to look like turds. 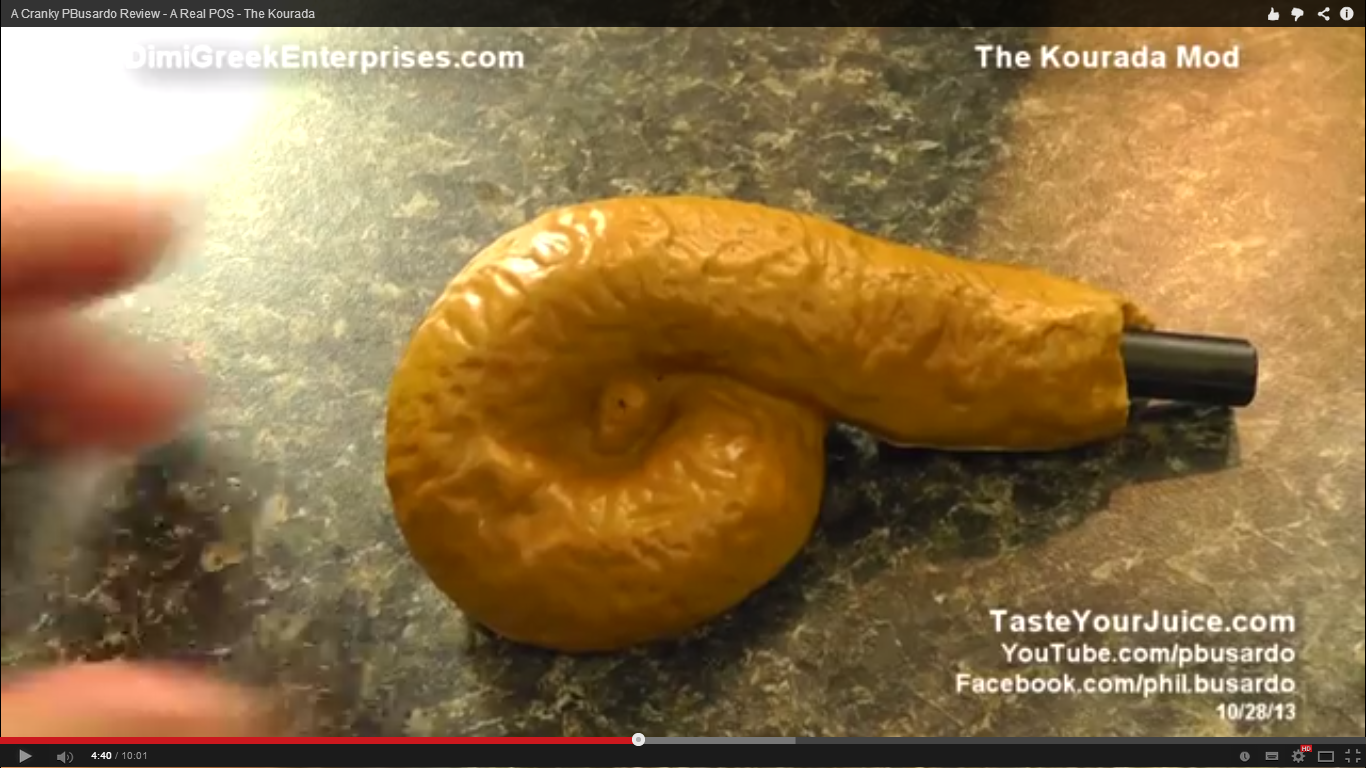 I think it is only reasonable, after all, smokers to do not deserve beautiful things. Aesthetically pleasing and tactile devices they might WANT to use. No no no, you must feel the shame of being medicated.
Then we got the classic,

Well actually, now that you mention it... 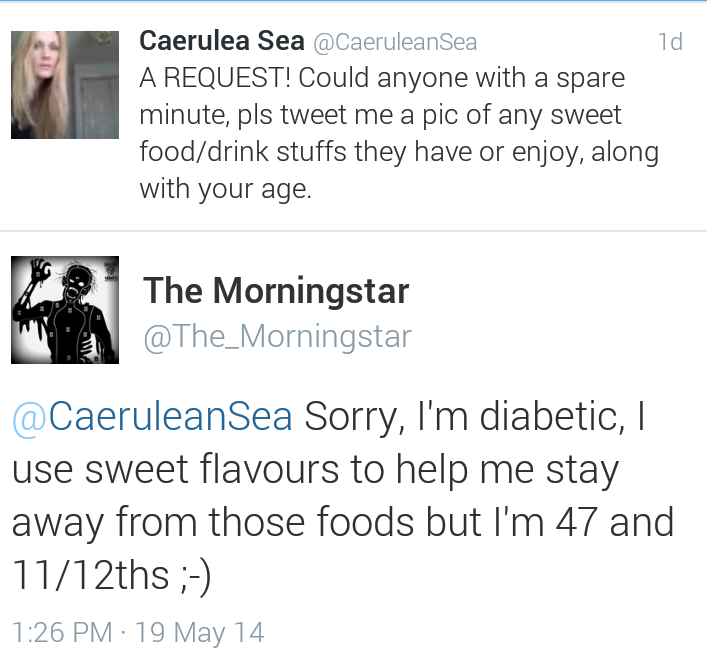 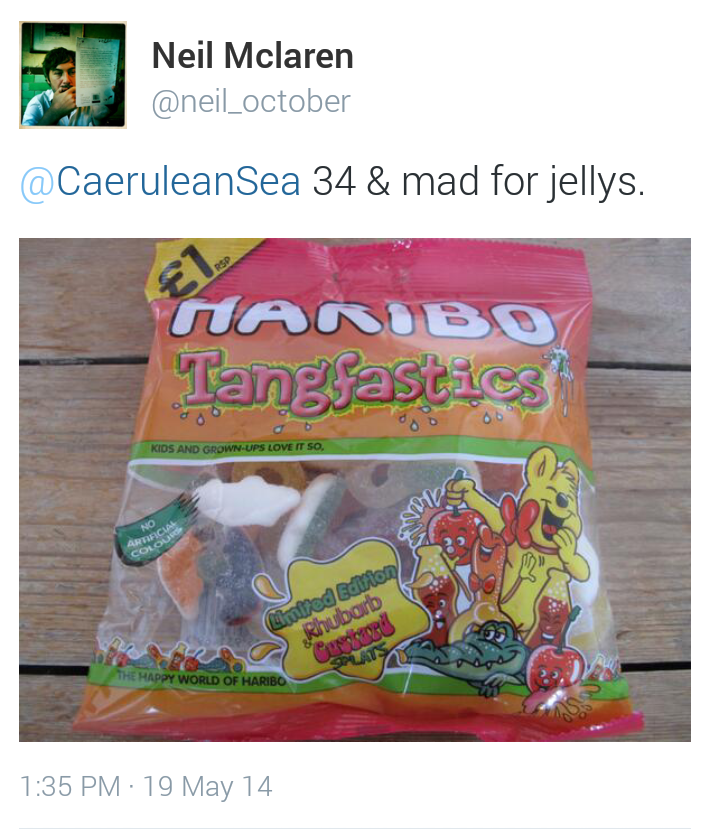 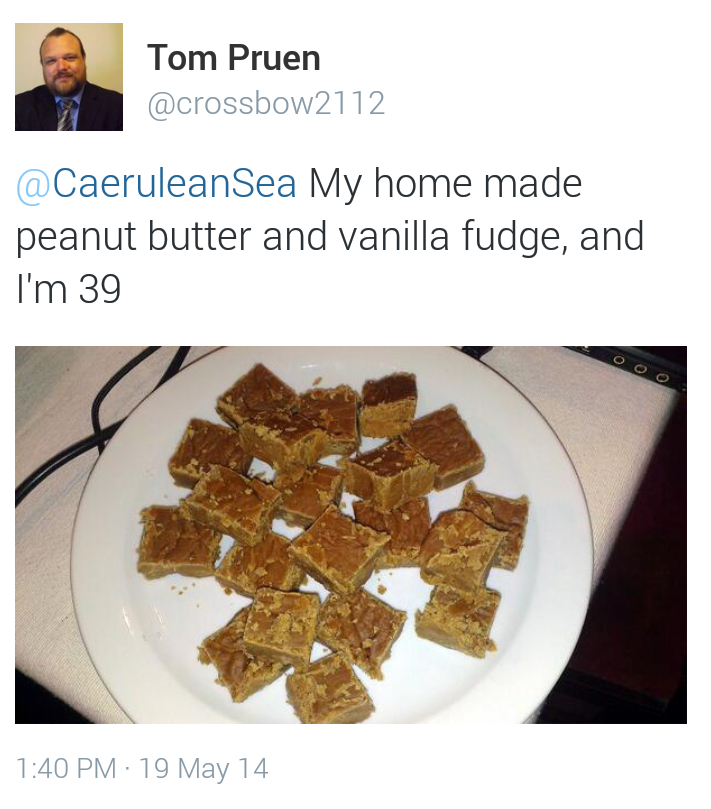 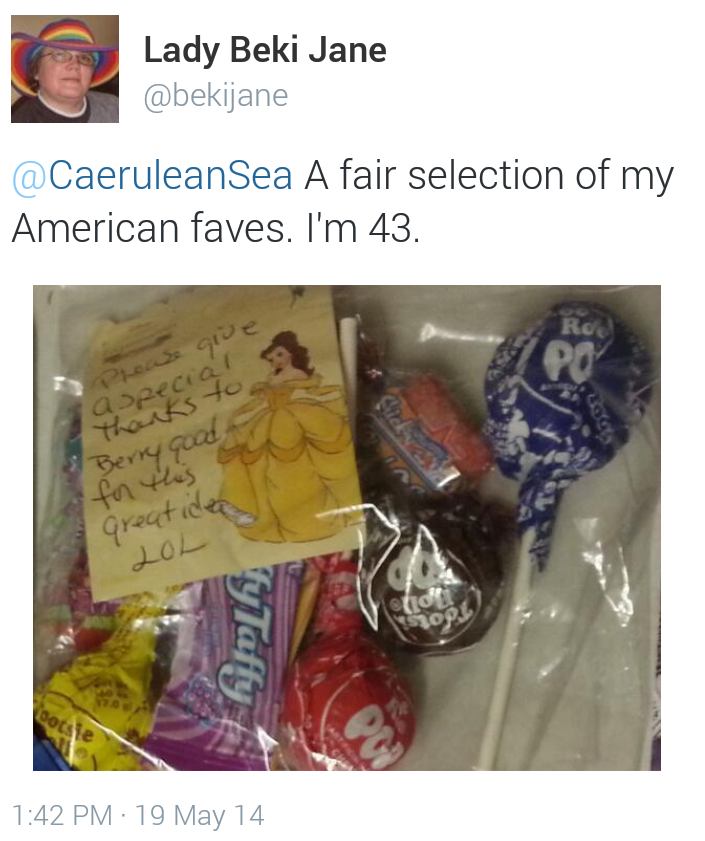 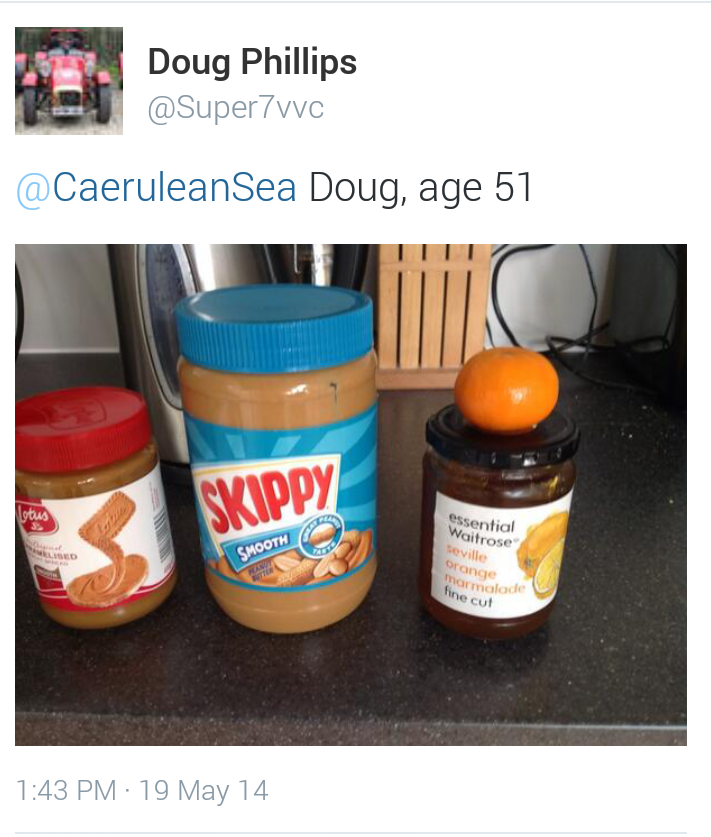 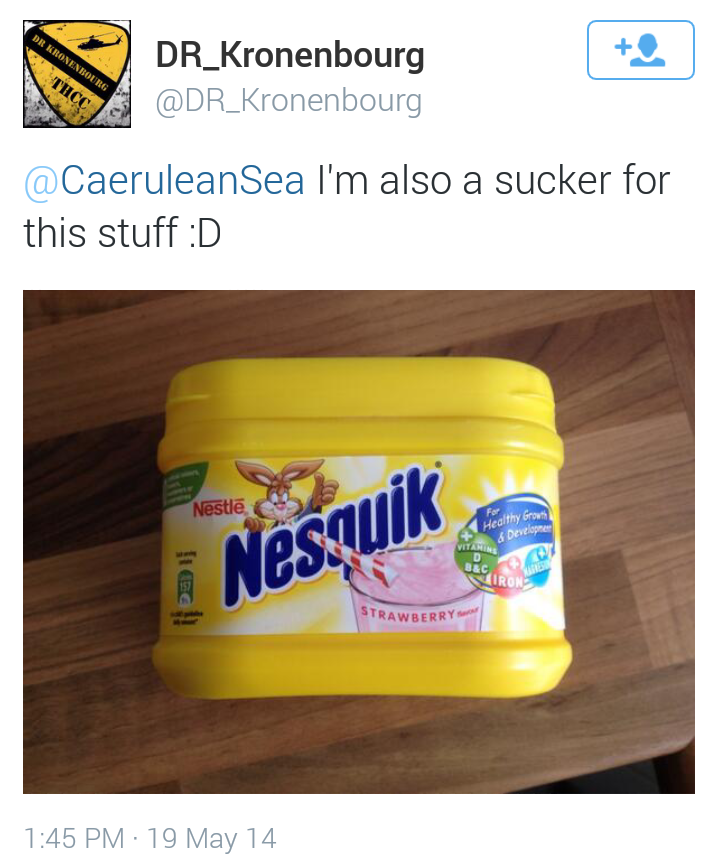 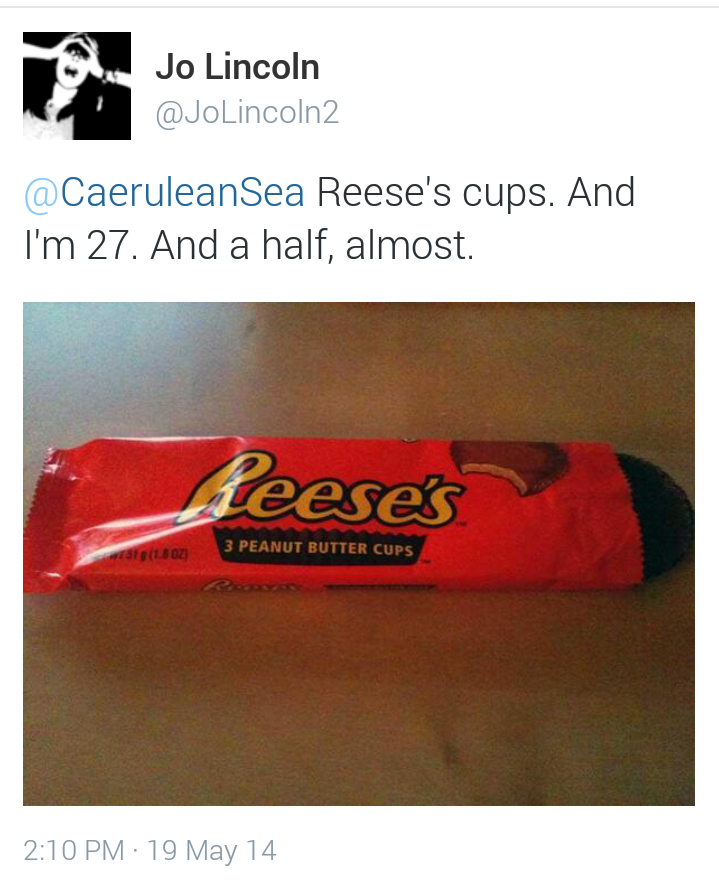 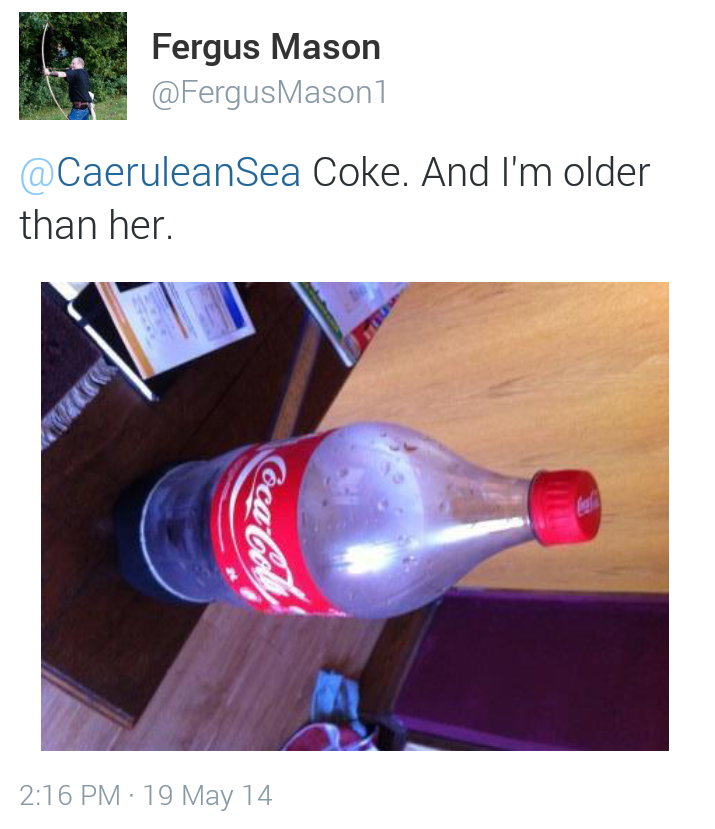 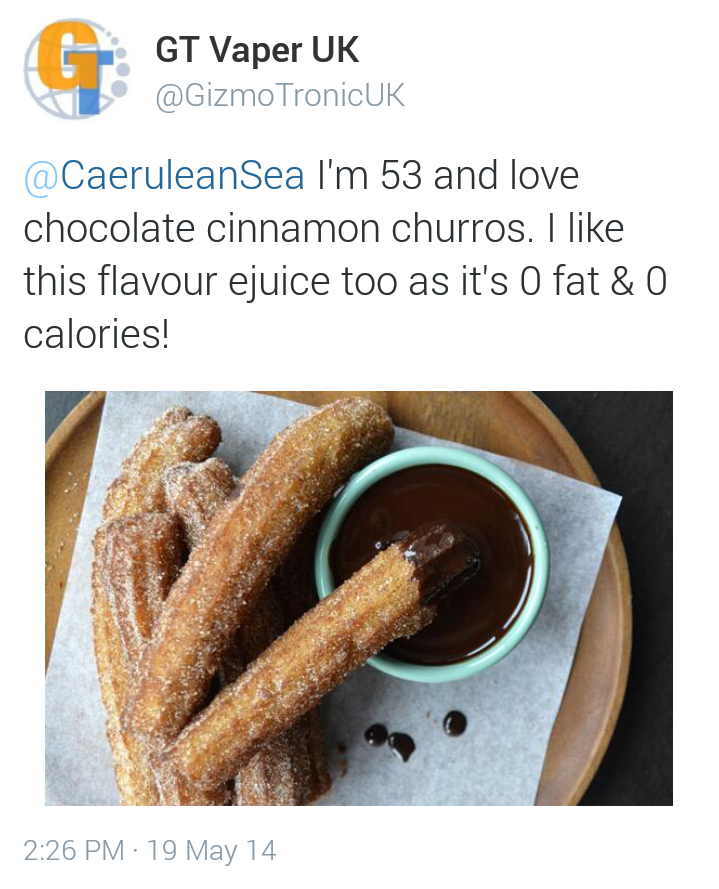 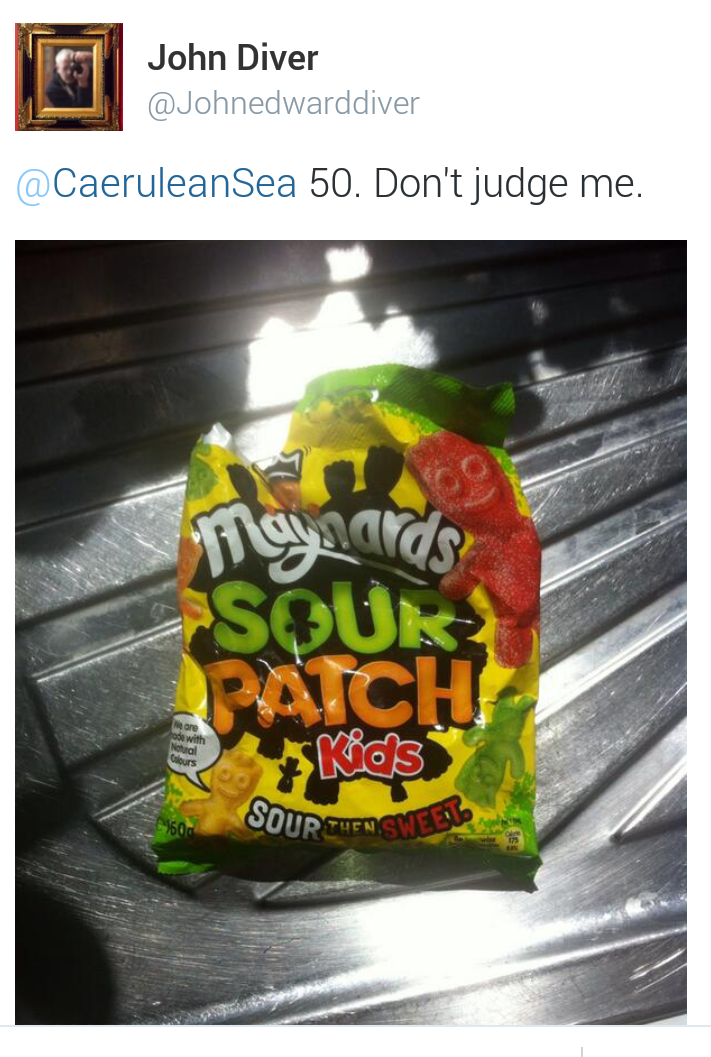 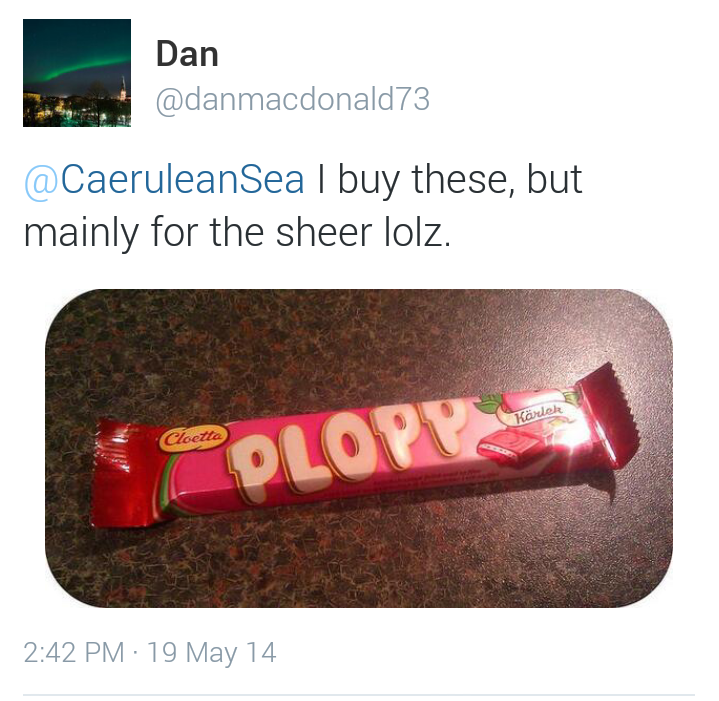 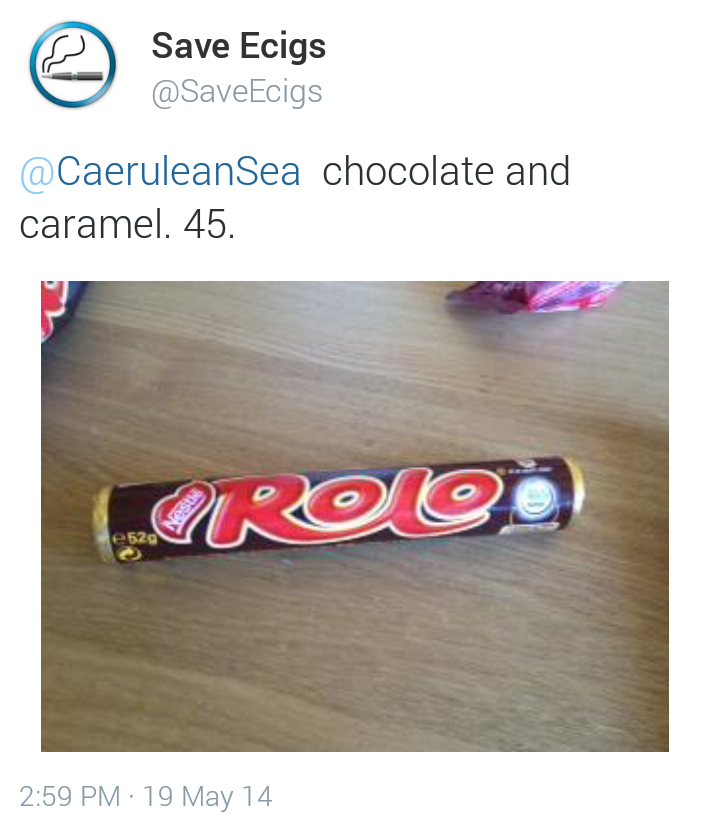 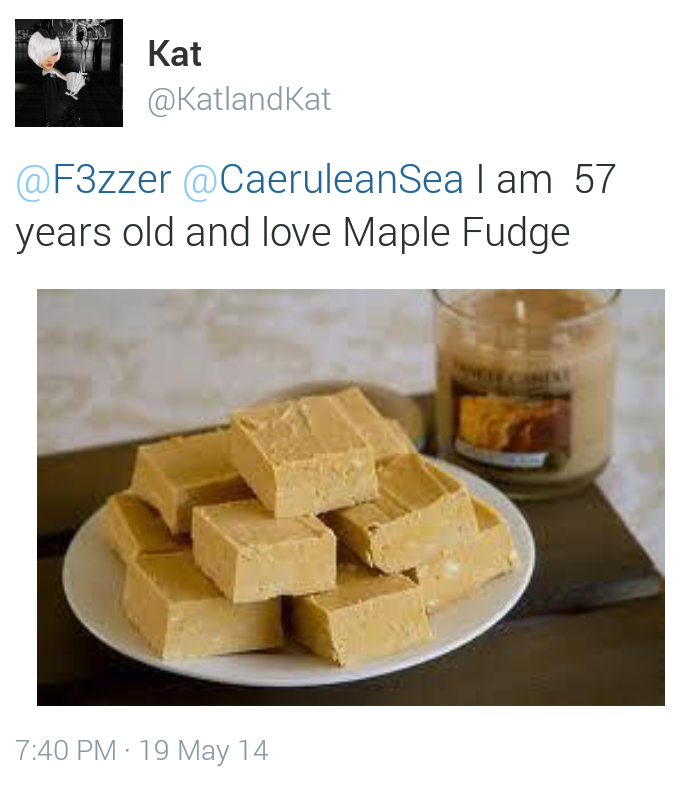 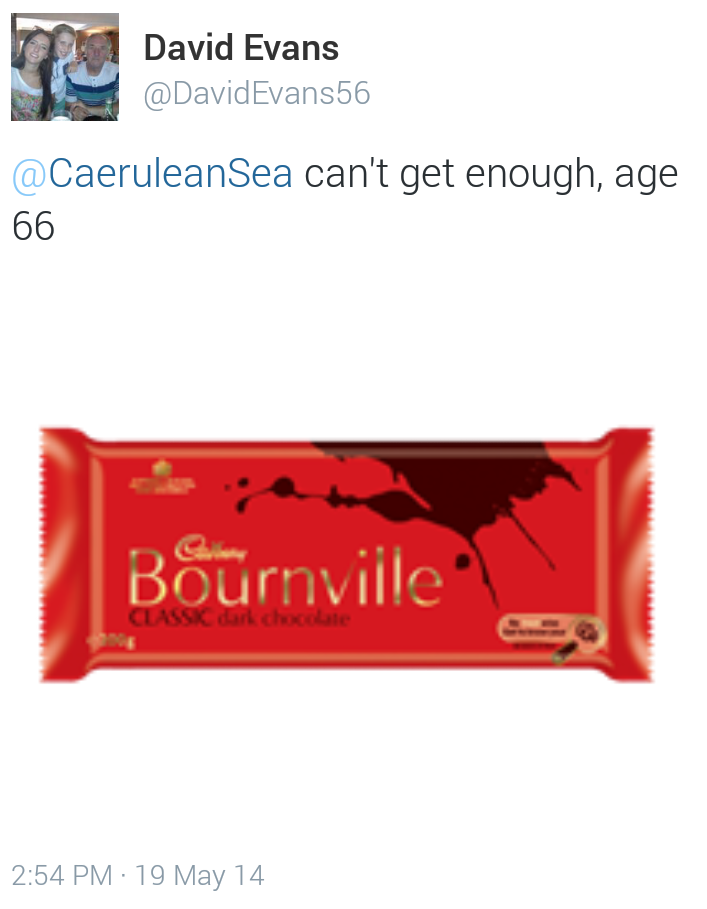 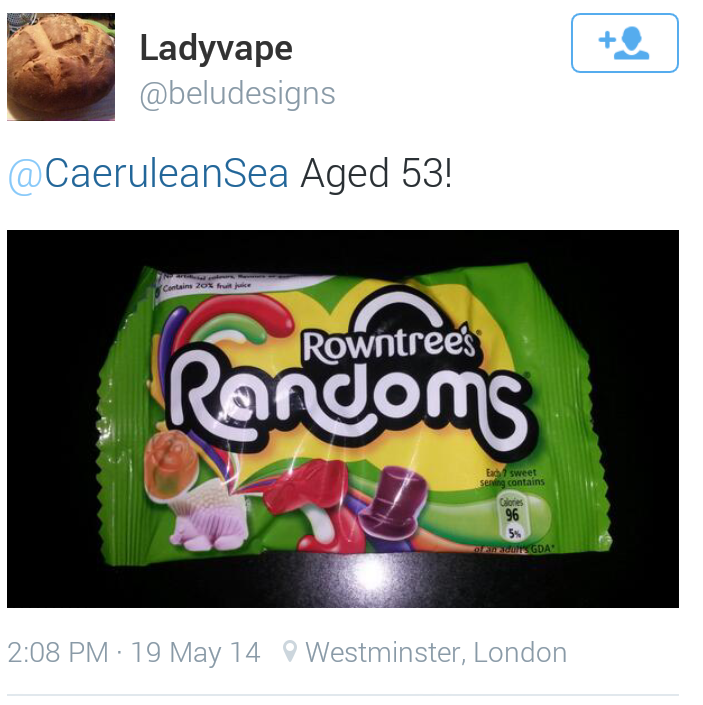 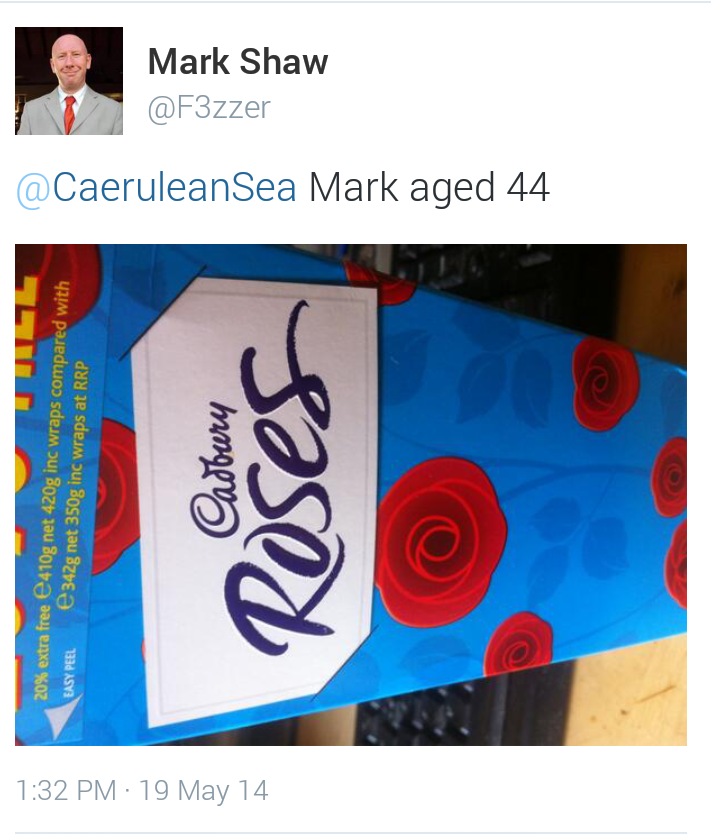 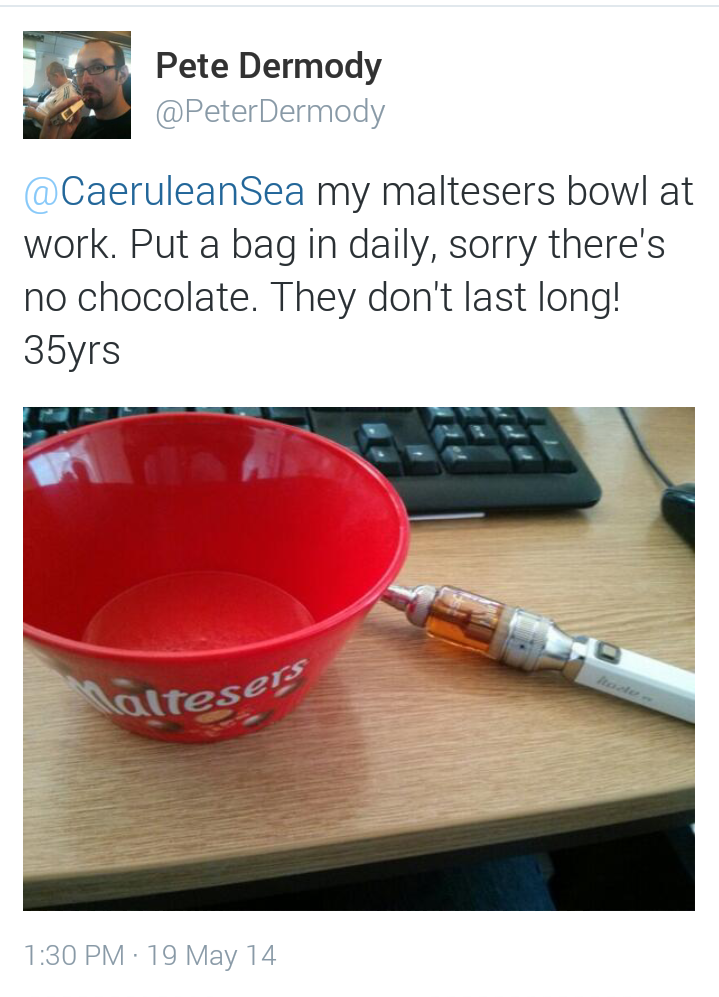 Yeah so quite clearly, no one likes flavours.... Oh and do checkout www.cybercandy.co.uk and have a little looksie at all the product reviews. If you have time, you can message all those adults and tell them that they do not like flavoursome things after all and that maybe they would like some of those Dog Breath crisps that are so popular.

There is one thing that was said during her diatribe though. One thing that should define this woman as the menace to public health that she is. In her position as absolute authority for Public Health in this country, what do you think her message is to smokers? All 9 million smokers. For whom she does not want to allow the option of harm reduction, but also admits that NRT fails.

'Smokers should just grow a backbone'.

And there it is. Quit Or Die in the starkest way I can possibly imagine. If you are not disgusted, you damn well should be. THIS is the callousness we knew existed, but did we realise that it sat RIGHT AT THE TOP? Advising government? Influencing the opinions of Public Health? It is repugnant. This woman cannot protect public health when as far as she is concerned 20% of the population can just die due to her unfathomable ignorance.

I have nothing further to say on this woman. Nothing.

So instead, lets touch briefly on McKee.

'We WILL catch up' with the forward thinking of New York and Australia. This is the future (and it really is not bright).

He was perplexed as to why a symposium on e-cigs was not covering Plain Packaging.

And then. Oh yes and then...what could Martin Mckee possibly say? What could a Professor in Public Health have to say when it is clear he has nothing? When the subject of nicotine use in pregnant women was raised, after it was made clear that NRT is of no use and nicotine of no real concern (by actual experts), what is the most inappropriate and desperate comment that could be made?

'That's what was said about Thalidomide'

The response to this was immediate, and unsurprisingly it was not good! People were heard to say 'disgusting'. This was boo'd, and rightly bloody so.

For the record, Martin Mckee, you should be ashamed.

As such, I would like to present to you, ladies and gentlemen of the audience, The Fnools. Definitely not a typo, but a race of aliens in a short story I read many years ago by the genius Philip K Dick. The Fnools are 2ft high aliens hell bent on destroying humanity and taking earth for themselves. But thanks to their piddling height, were easy to spot and so were usurped at every corner. Their mistake was a simple one, they looked exactly like us, but had got the height wrong. Ironically, in the story, their undoing comes at the hand of Tobacco, Alcohol and Sex. One of these vices is discovered by them and immediately, they grow 2ft, to a still paltry 4ft, but nevertheless rather unnerving. The second vice adds another 2ft and so now they stand at 6ft and are perfectly hidden among us mere humans. Alas, with victory within reach, they encounter their 3rd vice, and unable to resist, find themselves standing at 8ft tall. Clear for all to see. The proverbial thumb. There is no hiding and they are clearly visible for what they are. Inhuman. Now easily targeted and destroyed.

The Fnools thought they were winning. and they went too far and exposed themselves.

This is what we just witnessed. It is what every member of public health and tobacco control with a conscience and a genuine desire to do good (whether we agree on the methods or not) has just seen. Trust me, it is not just our stomachs that were turned. I would not be surprised if this behaviour was what broke the camel's back for Robert West.

So maybe, we should say Thank You To Mckee, Davies and their ilk. They just did us a great favour. 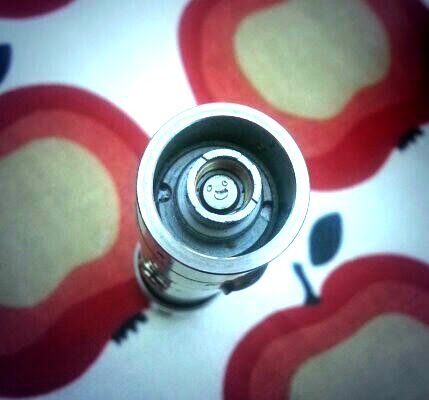