And Now We See Through a Glass, Darkly pt 2

E-cigs and the NHS. Prescriptions. A medical e-cig.

All things guaranteed to get the blood boiling in people of both sides of the fence and even those sat atop it. This has been playing on my mind for a while and I probably would not have gotten round to writing about it had things not taken a peculiar and rather nasty turn last night.

Fortunately, I only found out about it this morning which is a good thing cos I was on something like 60 hours wakefulness with a mere one hours sleep and I doubt I could have strung anything more than the very worst insults and swearwords I could think of. And, well, that just is not becoming for a lady and anyone who knows me will attest to how fickle I am about being a lady.

It should be fairly clear to anyone that has followed this for any length of time that vapers are not fans of the medical ecig idea, and this is for a myriad of reasons. The stigma of NRT & medicines, the restrictions it would bring about, the financial burden of obtaining the licence that would put pay to our rather lovely and exciting e-cig market that smokers are flocking to.

But. In the UK we are somewhat fortunate, or at least more fortunate than many of our European counterparts. We will have a dual market - a consumer market and a medicinal market. At present there are no medicinal e-cigs. In fact there aren't even any ABOUT to be medicinal e-cigs. There is a misconception that BATs Voke is an ecig, it is not. It is little more than a glorified inhaler that looks like a cigarette.

I am not about to enter into a debate in this blog about what the TPD is going to do - that is not the point of this and I do have some MAJOR concerns about a medicinal ecig, the main one being if those in mental health settings were restricted to only being able to use them. For me that is such a massive point it is almost insurmountable, however, as one of my psychotherapists once told me, you have to imagine a situation as a bubble in your hand so that you can turn it and look at it from all different angles.

So, this is about the fact that I was roundly slaughtered by someone on Twitter for comments they thought I made in the APPG on E-cigarettes in parliament yesterday, so let me take the time to explain what I meant for those who appear to have forgotten everything I have said before.

Firstly - I do not support a medicinalised e-cig market. I do not think that a med e-cig will be fun, appealing or even particularly effective. Despite what the public now thinks (thanks to some frankly insane headlines after the release of the PHE statement) we are not about to nor are we EVER going to see even a basic ego (second generation ) via the NHS, let alone a variable wattage or temperature control device. Whatever comes via that channel is highly unlikely to be anything anyone would want to use for any length of time when they have a world of options in the consumer market.

So what does it mean if one day, a device (likely to be a cigalike or similar) appears as a medical product? Who would even want it?

It is very important that you read the other part to this blog written by Sarah Jakes - it highlights why this is just one of a great many aspect of smoking and vaping and peoples relationships with both habits. Especially the former which we are now truly learning is far more complex than anyone dared to talk about openly.

In many respects, I actually agree with this except in one. It is widely accepted that those smokers who would fall into the lowest socio-economical groups are most likely to be using illicit tobacco. In fact, a survey from ASH in 2011 suggests that 53% of smokers in group DE use illicit tobacco (thank you for the link DP). What does that mean? It means 'Working Class' and 'Casual or lowest grade workers, pensioners, and others who depend on the welfare state for their income' according to Wikipedia. For the record - I hate those phrases with a passion.

The prices these groups are paying for that tobacco are probably half that of what it costs to buy over the counter. I would give a precise amount but there isn't a site called 'How little can I buy tobacco for?' so I have to rely on vague tobacco control literature. We DO know that £20 will set you up with an entry level second generation e-cigarette that will be the perfect starting point for any smoker who wants to try it out.

But what has happened in the past two years? We have been bombarded with scare stories and fear-mongering. If the e-cig isn't going to blow up in your face, then it is going to jump out of your pocket and poison everyone within a mile radius! If either of those two things don't happen then it is going to fill you so full of formaldehyde that Damian Hirst is going to be banging on your door demanding to split you in two and hang you in a perspex box! And if THAT doesn't happen well it won't help you quit or change habits cos they just don't work - and anyway, they are more dangerous than cigarettes don't you know with all those ultrafine particles burning holes through the lining of yours lungs! Assuming, of course, they can get through the layers of oil that are causing lipoid pneumonia or that your lungs haven't leapt out of your MRSA riddled body and run down the road smelling slightly of popcorn. Not that you'll be running anywhere cos that vapour restricts the ability to breath and that mouth and throat cancer you are going to get are DEFINITELY going to stop you even walking up the stairs!

In fact, they are SO (possibly maybe we don't know yet) dangerous that not ONLY must they be banned like cigarettes but we can't see or smell or even get a suggestion of marketing and by golly it is best that they are taxed immediately!

AND AND AND they will give your computer a VIRUS!! 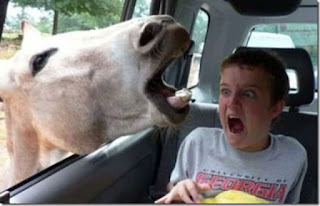 I know it sounds all rather absurd, but remove all your knowledge and all the ins and outs that we know about. Ignore all the studies you have read, the programmes you have watched and experts you have listened to. We are not representative. Remove ALL that you know and the above is all you have been told. The media, the telly friendly experts, the BMA, the WHO, the CDC and the list goes on. They have all told you not to use e-cigarettes.

So why on EARTH would you say to yourself,

'Well, I have a weeks worth of cig money here, do I blow it on an ecig that might melt my face or turn my kids into cocaine snorting animals and probably won't work anyway? Or do I just buy some cigs and try it another time.'

I think we all know what the answer is likely to be. So where does a medical e-cig fit into this? What would it do for someone in this position?

If they chose to, they could go to their Dr, get a (probably crappy) e-cig and suddenly you have proof of concept. They get the chance to say 'Oh wow this is utter pants but tell you what, I bet the ones they sell at the garage are better than this! Have you seen all the different flavours? Sod it, I'll try one!'

This ONLY works if there is a vibrant and exciting e-cig market for them to turn to, and turn to with confidence. The draw of being self sufficient and not reliant on the state for smoking support is one of the reasons vaping has taken off so quickly but that initial jump is still too much if you are risking a week or two with no tobacco at all if your purchase turns out to be all the things the media told you it would be. Why would you take that risk?

What this comes down to is choice. We fight for our right to choose but at the same time we abhor the idea of a medical e-cig. What if that is the only choice a smoker has? What if their choice is to take the support of the system cos that is what they want? It might only be a fraction of smokers but that fraction DO want structured state support. It is their choice to take it and use it.

How can we talk about choice if we are deciding for them that they can't have that? What right do WE have to to take that decision for them? Do we get to dictate the grounds on which smokers choose their path to vaping? How is that the freedom to choose?

We run the risk of getting caught up in the anti-smoker mentality that was all the more obvious after the PHE report with 'How Very Dare They!'. Smokers dare because they have given so bloody much to the system in the first place and they have every right to ask for help back if they want it. If a med e-cig provides the leg up to the proper stuff, the grown up and fun stuff then who are we to decide they can't have it based on our own ideologies?

We have to be flexible, see the merit in things and not be bound by zealousness as so many we are up against are.

We don't define peoples choices. They are not ours to define.